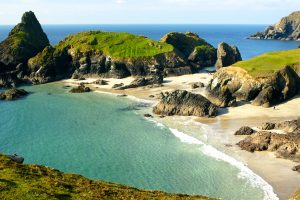 Out walking with the dog

Grief Dogs are also referred to as companion dogs, comfort dogs or emotional support dogs. They offer a unique kind therapy that is animal-assisted. This is because it has been proven that dogs can help people to overcome stress and grief, leading to the rise and increase in their use for therapy. This form of therapy has existed since the Second World War, and the dogs are mostly found in hospitals, funeral homes and schools. The dogs are also sometimes able to offer assistance in certain situations which include counselling sessions, disaster relief and funeral services. The Bernese Mountain Dog, Portuguese water dog, golden retriever and St. Bernard are the most popular breeds that are used for therapy. Although dogs do not think according to any language, people often interpret them as being able to communicative compassion. Also, studies have proven that the bond between humans and dogs goes back thousands of years ago.

The idea of dogs helping survival victims is ironic to some people, but at the same time, it drives curiosity in those who are hearing about this kind of therapy for the first time. Dogs are unique and the only animals who were drawn to humans since they started to settle down. They are also animals which are not afraid of strangers, and this makes humans get attached to them quickly and easily. Being with a dog leads to people feeling understood and secure. Studies have shown that a wide range of people who are facing a variety of emotions and challenges can be offered relief by animals. For example, “Therapy Dogs help Florida massacre survivors” was the headline that hit the news after the latest devastating event. This was a great idea that brought relief to the victims. They were able to interact with the dogs, and a bit of joy was experienced on their faces with great smiles and laughter. Children have also been proven to get relief from dogs in times of distress and to share secrets of scary situations with them, instead of a counsellor.

As we all know, therapy and counselling are vital to people undergoing different emotional issues, be it life challenges or victims of a certain terrible event. Children who have undergone a divorce event with their parents tend to be affected. At times, this leads them to have a very negative view of life and, as such, they need great attention and support. This not only applies to children, but also to anyone who’s been affected negatively in any way. Some people suffer from depression due to loneliness and low self-esteem. Dogs come to fill this gap of emotional distress and loneliness. they can’t walk in our shoes, but they can help us all immensely. A rather odd statement, but very transparent because dogs are not humans, yet they provide great human support to us. Animals provide unrestricted and non-judgemental support, and a survey conducted by the American Animal Hospital Association showed that most people were emotionally dependent on their pets.