Funerals and the Law – How it Applies

One would not normally think about legalities when it comes to funerals, but they definitely exist. The privacy laws apply to the funeral industry as do certain medical disclosures so that funeral personnel is aware if they are handling a patient with a possible contagious disease. There are many other legal circumstances that affect the funeral industry that takes precedence over religion or family wishes. 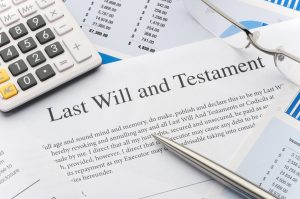 When the Law Steps In

If a person dies under unusual circumstances at home or within 24 hours of being admitted to a hospital, the law will override the wishes of the family when it comes to autopsies. There are many other circumstances under which the law will step in when required, and these include possible foul play, police and RCMP investigations, coroner’s reports that require inquests into the death, and many other factors.

When a death needs to be investigated for any reason, this could delay the funeral process. Once everything is deemed to be as it should, the body will be released to the funeral home (with or without special instructions) and then the wishes of the family will be followed. The next of kin will take precedence over other family members and there is a particular order of procedures that are followed as they relate to death announcements being made public before the next of kin is notified.

Hospitals cannot release a body until a physician signs a formal death certificate. In the case funerals involving an Orthodox Jewish family being delayed by legal red tape, there may be a delay in announcing the death and a further delay in burial depending upon where this all falls as it relates to the Sabbath (See the heading Funerals and Religion – Various Customs, subheading: Different Customs for Jewish Funerals).