Funerals for the Unclaimed

It is a sad reality that many people are elderly with no family, or with a family who will not take responsibility for them when they pass on. There are homeless people, those who cannot be identified by police because of a homicide, and anyone who otherwise has no family. 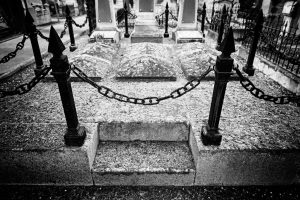 Canadian Funerals for the Unclaimed

The unclaimed will always have a funeral taken care of by the government of Canada. In Canada it is believed that everyone deserves the dignity of a funeral. Millions of dollars have been spent on behalf of those who could not afford a funeral because of their poverty situations, those forgotten people on the streets, and the poor souls who have been ignored by their own families. Taxpayer dollars have been allocated for this purpose because, in a civilized country, the government believes that every person deserves the dignity of a final goodbye.

U.S. Funerals for the Forgotten

The United States also takes care of its dead those neglected people who are unclaimed, homeless or otherwise forgotten people who have passed away alone. They are usually cremated and if unclaimed for 4 years, burial takes place in a mass grave with dignity.