Honoring the Military at their Funerals

When a member of the military pass away whether it be by natural causes or if they lost their lives in a battle, 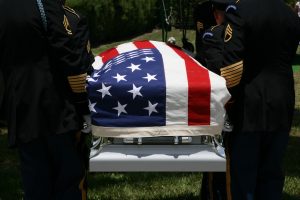 they will receive a full military style funeral which is different than the funerals lay people are accustomed to. These funerals honor those who have risked their lives or have been killed in battle while defending their country. A military funeral is an ultimate honor. It is a demonstration of respect and gratitude by the nation for whom they have fought.

Who Qualifies to have a Military Funeral

There are many who will fall into this category and these include soldiers, sailors, and marines, as well as heads of state. Veterans are also included in this category and receive the same show of dignity and respect by the country.

The military funeral is more public and done in grand style as compared with the funeral of most civilians. The private visitation at military funerals is reserved for family. In the United States, the American flag will drape the casket of the fallen person. The funeral may involve the firing of arms, most definitely saluting the fallen member, military guards and much more.

These ceremonies vary from country to country and have been in existence for centuries. So much information is available on military funerals and how they differ from one nation to the next. The United States will always have a bugler or bagpiper playing at their military funerals and will present the folded flag that draped the casket to the family. Military funerals are considered to be a very high honor and many of them are televised when a soldier has recently sacrificed their life for their country in a war zone, no matter how that life was lost. 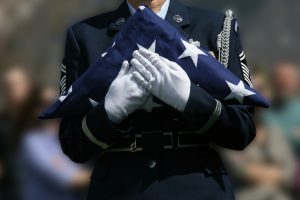 Because Canada is a British colony, some of its military rituals vary slightly from the U.S. The Royal Canadian Horse artillery is utilized to lead the procession. Guns are also fired at Canadian military funerals. In addition, the medals and awards received by the fallen one are placed on a cushion and are part of the funeral procession. Once the body is ready to be interred, the bugle player, as a tradition will play Last Post.

In many cases, these funerals are televised and are an illustration of just how much those who fight for our western countries are treasured and honored when they give their lives for their country. It is important to the people of North America that their military and heads of state, as well as the president of the country, is given the highest honor for their sacrifice.