Funerals of famous people are usually done in grand style; sometimes these events are also televised. The fans of famous people cannot physically attend the funeral, so it is made public by this venue for others to participate. In addition, famous people will usually have very large funerals with every single detail attended to in the utmost of style. 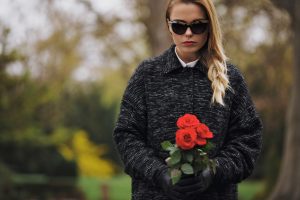 There are several celebrity funerals that we will never forget. When Michael Jackson, the King of Pop, passed away, there was a televised, very lengthy funeral ceremony at the Los Angeles Staples Centre, preceded by a very formal procession. His was one of the largest funerals ever on record for a celebrity. The ceremony itself was incredible with touching speeches by his daughter, as well as songs being sung live by other famous singers, Usher was one of them. Some of these songs were ones that Jackson had recorded. There was a large screen in the background that was like a video of his life. This was indeed very impressive to watch.

Another large celebrity funeral of note was that of Elvis Presley, who died at the young age of 45 from a heart attack that was due to several health factors. The actual funeral was closed off to the public, but his funeral procession was one to remember. In life, Elvis Presley loved the Cadillac’s which, in his day, was a status symbol car. He purchased many of them throughout his life to give to friends as gifts. In keeping with this tradition, his entire funeral procession was comprised of white Cadillac’s.

One of the biggest celebrities in the world did not have a formal funeral at the request of his wife, Yoko Ono. He was taken from this world through unnatural causes. The loss of John Lennon, the lead singer of one of the most famous groups of all time, the Beatles, was felt by fans who mourned his loss around the world. The celebration of his life was something that everyone was able to participate in by praying for his soul through thousands of candlelight vigils as requested by his widow.

In spite of not having a formal funeral, the death of John Lennon was commemorated in the way that he would have wanted and the anniversary of his death is commemorated year after year by those who loved him.